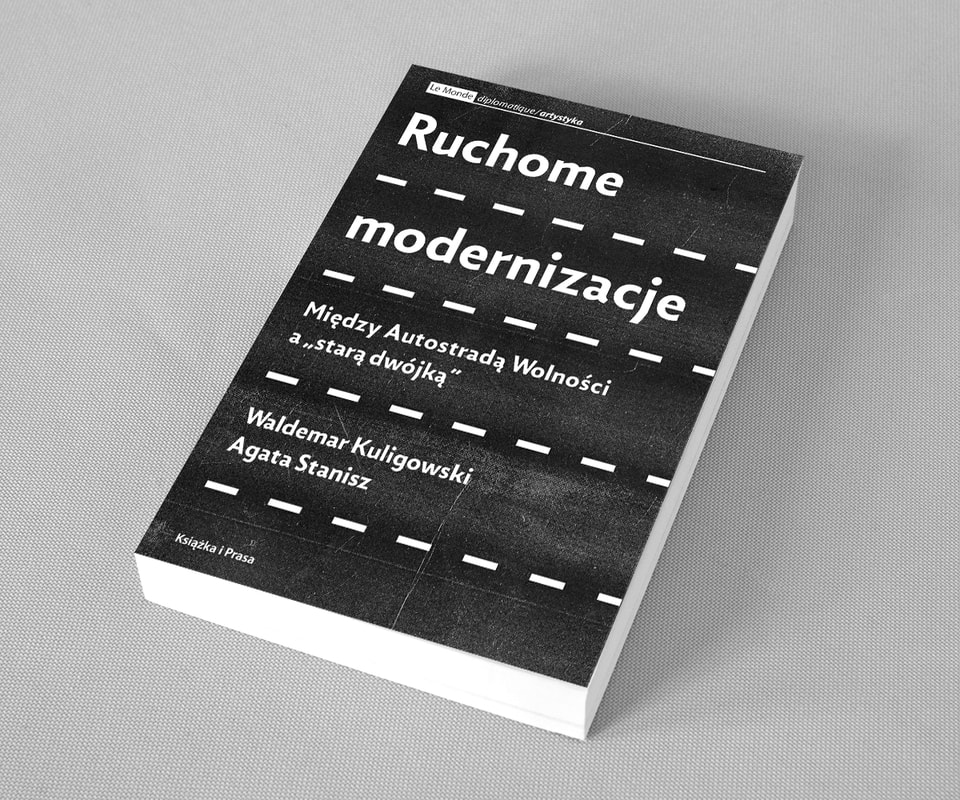 Mobile modernizations.
Between the Freedom Highway and the "old two"
Summary
This book is an attempt to portray the events, places and people, as well as emotions and economy constituting the intrinsically invisible background. The focal point of all descriptions included herein is the A2 motorway - a concrete belt surrounded by rows, acoustic barriers and high fence. With its neighboring parking spaces, service centers, toll stations, intersecting bridges, overpasses and trestles. With its traffic lights, noise, pollution and traffic regulations. The motorway might be perceived as a material object but one should primarily view it as a co-inhabitant of the local universe with its people and animals, on the border of the Wielkopolskie and Lubuskie province in the western part of Poland. It is accompanied by the national route 92 which, before releasing the motorway for use, was the most crowded land route from Wielkopolska and central Poland to Germany. The uniform infrastructural landscape of A2 and the roadside spontaneity of DK92 are two opposite poles of a scene where the local variations of "mobile modernizations" emerged.